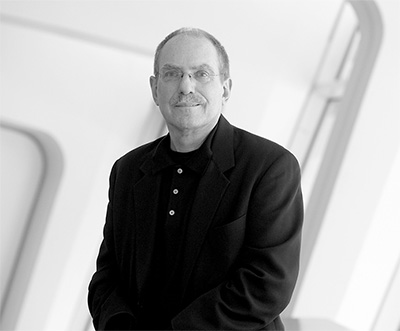 David Houle is one of the Co-Founders and the Managing Director of the Sarasota Institute. David Houle is a futurist, thinker and keynote speaker. He has keynoted numerous conferences across the country and internationally. In the last 17 years he has delivered 1400+ presentations and keynotes on 6 continents and 16 countries. He is regularly invited to speak at corporate management retreats.


Houle spent more than 20 years in media and entertainment. He has worked at NBC, CBS and was part of the senior executive team that created and launched MTV, Nickelodeon, VH1 and CNN Headline News.


Houle has won numerous awards including two Emmys, the prestigious George Foster Peabody award and the Heartland award for “Hank Aaron: Chasing the Dream”. He was also nominated for an Academy Award.


Houle is consistently ranked as one of the top futurists and futurist keynote speakers on the major search engines and in the world today. He was named a Vistage Speaker of the Year for 2008. He is often called “the CEOs’ Futurist” having spoken to or advised 4,000+ CEOs and business owners in the past 15 years.


He writes the highly regarded futurist blog www.evolutionshift.com with the tag line “A Future Look at Today.” Visit him on Twitter @evolutionshift, which is also the name of his YouTube channel. During 2010 Houle was a featured contributor on Oprah.com. He publishes a magazine on Medium https://medium.com/the-2020s-decade


Houle has had 13 books published, starting with his influential first book The Shift Age in 2007.


In April 2016, Houle launched a global non-profit https://thisspaceshipearth.org/ to create “Crew Consciousness” to address climate change. He was invited to present “This Spaceship Earth” to scientists at the NASA Goddard Space Flight Center in 2016.


Houle has delivered speeches to scientists at the National Renewable Energy Laboratory several times. He has spoken at the Oak Ridge National Labs. He also has made numerous presentations at Burning Man in 2012 and 2013.


Houle is Futurist in Residence and Guest Lecturer at the Ringling College of Art + Design. He is also the Honorary Futurist of the Future Business School of China, and a Co-Founder and Managing Director of The Sarasota Institute – A 21st Century Think Tankhttps://sarasotainstitute.global/