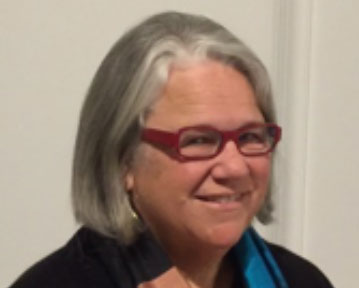 Lucie Lapovsky is an economist who consults, writes and speaks widely on issues related to strategic issues in higher education finance, pricing, strategy, governance, and enrollment management. She also specializes in searches for chief financial officers and writes and speaks on issues related to women’s leadership. Her clients include public and private colleges and universities throughout the United States and various companies and organizations throughout the world. She is actively engaged in research on price resets, tuition discounting and cost containment.

She served as President of Mercy College, a multi – campus institution of 10,000 undergraduate and graduate students with campuses in New York City, Westchester and on-line from 1999 to 2004. Lucie has more than 30 years of experience in Higher Education Finance in both the public and private sectors. Prior to coming to Mercy College, she served as Vice President for Finance at Goucher College, and worked at the University of Maryland at College Park, the Maryland Higher Education Commission, and the Maryland State Department of Budget and Fiscal Planning.

Dr. Lapovsky chairs the board of the KnowldgeWorks Foundation and also serves on the boards of the American Public University System, the Tuition Exchange and the Suncoast International Women’s Forum. She chaired the board of the National Council for Research on Women for many years and served as Treasurer of The White House Project and recently went off of the Cedar Crest College board.

She is the co-editor of three books: Strategic Financial Challenges for Higher Education: How to Achieve Quality, Accountability and Innovation; Roles and Responsibilities of Chief Financial Officers both published by Jossey-Bass and The White House Project Report: Benchmarking Women’s Leadership. She blogs for Forbes and is the author of more than 200 chapters and articles and is a frequent speaker at major higher education conferences.

She received her B.A. degree from Goucher College, and her M.A. and Ph.D. degrees in Economics from the University of Maryland at College Park. She also attended the new President’s Institute and the Institute for Educational Management at Harvard and the Directors Institute at Duke. Among her many honors, she was the recipient of the Donna Shavlik award from the American Council on Education for Advancing Women’s Leadership in Higher Education in 2016; she was named one of the top 100 women in Maryland in 1999 by the Daily Record and she received the Alumni Award of Honor from Packer Collegiate Institute in NY in 2009.