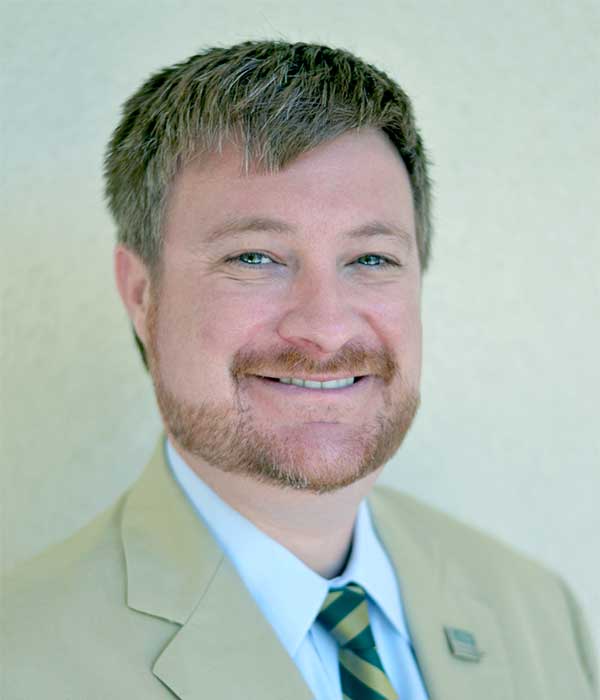 Also, he is the Director of the Institute for Public Policy and Leadership at the USF Sarasota-Manatee campus (IPPL). The Institute engages strong academic resources at USF as well as local, national and global experts to guide a dynamic exchange of ideas about important policy and leadership issues. IPPL hosts lecture series, policy forums, seminars and workshops to stimulate meaningful, civil discussion and promote public discourse in our community. As the leader of IPPL he serves on the Government Issues Council of the Greater Sarasota Chamber of Commerce, the Career Edge Regional Workforce Council, the Government Affairs Committee of the Lakewood Ranch Business Alliance and Chair of the Legislative Committee for the Manatee Chamber of Commerce.

Before joining USF in 2011, he served as Deputy Legislative Director for the office of Congressman Adam Putnam who represented the 12th District; which included portions of the Tampa Bay area and central Florida in the United States House of Representatives. Prior to his position in Washington, D.C. he worked in the Florida House of Representatives and the office of Florida Governor Jeb Bush. He also represented two of Florida’s largest agricultural trade associations at the U.S. Congress and various federal agencies. He is a graduate of the Florida State University with a bachelor’s degree in Political Science and History. He is a Sarasota native who is a past president of the Florida 4-H Foundation and a member of the Mote Marine Laboratory Advisory Council.