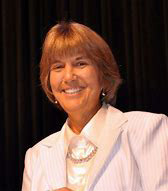 Becky van der Bogert has served in various leadership roles including Head of Palm Beach Day Academy in Palm Beach, Florida, Superintendent of Schools in Winnetka, Illinois and in Lincoln, Massachusetts. She has also taught courses on critical and creative thinking and leadership at Lesley University, University of Massachusetts, and Directed Programs at Northwestern University and Harvard University for leaders in education.

Van der Bogert received her doctorate from Harvard University where she served as an editor for the Harvard Educational Review, as a teaching fellow, research associate and co-founder of the International Network of Leadership Centers that she continued to co-direct for 20 years.

Van der Bogert has published and lectured extensively on democratic leadership, leader’s growth, and the creation of environments that enhance Critical and Creative Thinking. Some of her publications include the creation of a series of journals for Jossey-Bass entitled New Directions for School Leadership, the co-authoring of a book Making Sense as a School Leader and an NSSE Yearbook entitled Voices for Democracy: Transformational Leadership. Her leadership style was featured as a chapter in Women Who Dare: Pushing the Boundaries.

Van der Bogert has served on numerous local and national Boards including The Board of Trustees for The Hotchkiss School, the Advisory Council for the Harvard Graduate School of Education, The Northwestern Urban Suburban Consortium, the Collaborative for Academic Social and Emotional Learning (CASEL), the National Board for Courage To Teach, the Palm Beach Civic Association, and the Board of Directors of Palm Beach Fellowship of Christians and Jews.